Falling crude prices cause job cuts in the production sector

Almost every day we are informed of job cuts in the oil & gas exploration and production industry. Schlumberger, Halliburton, BP and Apache Corp. are among those to reduce the workforce. Other companies have announced major cuts in capital expenditures, which may involve a workforce reduction. Tumbling crude prices that required budget revisions are the reason behind problems faced by the companies.

Schlumberger announced that 9 000 of its employees (7.5% of the total headcount) are to be dismissed. The layoffs will be in a vast majority of regions where Schlumberger operates. Job cuts started already in 2014 and are to be completed by the first quarter of 2015. According to many analysts, this is not the last employment revision as corporate profits fell by several tens of percentage points in the past year.

Also Halliburton is planning to cut jobs – some 1000 people in Europe, Asia, Africa and Middle East have been dismissed since the beginning of 2015. A limited demand for Halliburton's services and the merger with Baker Huges are the reasons behind workforce reduction. So far, Halliburton employed 80 000 people in 80 countries.

BP announced its plan to dismiss some 300 workers who produce oil in the North Sea. As of 2013, the company employed almost 84 000 people, including about 4 000 in North Sea operations. BP capital expenditures are to be reduced by as much as USD 2 billion.

ConocoPhilips is to dismiss approx. 1300 of its employees (4% of the total headcount) and its capital expenditures are to be reduced by 18%.

Also smaller companies plan to readjust their employment. For example, US-based Apache Corp. announced that its workforce is to be reduced by 5%. As of 2012, the company employed about 5300 people.

Some companies have elected to replace permanent with fixed-time employment contracts and cut employees' salaries and wages. 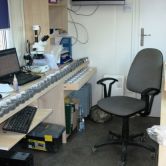