LNG from the USA – more than just price

Shale gas from the USA may have an effect on the position of Poland in gas negotiations held with Russia. It may serve as an emergency source of supply if the gas tap is turned off. However, the real prospects for potential diversification are onshore infrastructure  projects and new sources of gas in the Caspian and Mediterranean regions.

Poland's energy security has been a pressing issue over the past 25 years. The shale revolution started in the USA is an opportunity for resolving, albeit partially, the problem and shift the global economic power. However, this will require efforts aimed at the development of transmission facilities and finding new suppliers.

The beginning of research on shale gas production dates back to the second half of the past century. The breakthrough took place around 2005 with the advent of the so-called “shale revolution” in the USA (see Figure 1).

Shortly thereafter USA topped Russia to become the largest global natural gas producer country in 2013 (see Figure 2), and is likely to become the global leader of crude oil production soon. All of this happened thanks to unconventional resources. However, are the US resources capable of changing the status quo in Europe and the dominant position of our eastern neighbour?

In an attempt to capitalize on the success of shale gas production, US companies plan to develop infrastructure facilities for exporting LNG to international markets. However, in line with the amendment to Section 201, Energy Policy Act of 1992, a license from the US Energy Department is required each time for export of energy commodities, including liquefied gas, abroad.

Different licenses are required for signatories of free trade agreements with the USA and for export  to non-signatory countries. Applications for the construction of 13 export terminals were submitted to the Federal Energy Regulatory Commission (FERC). Two of them are to be built in the West Coast, two in the East Coast and the balance in the Gulf of Mexico.

As of 5 March 2014, licenses for export to non-signatory countries were granted to:

The former of the aforementioned facilities is the first export terminal built in the continental US,  located at the border of Texas and Louisiana. It has already received licenses that are required for development of necessary infrastructure. Two of the four planned gas liquefaction facilities are to be launched between 2014 and 2015, each of them with a capacity of 4.5 million tonnes of LNG per year. Project operator CheniereEnergy has already signed contracts for supply of 16 million tonnes with the following companies:

Additional 30 applications are pending for Energy Department license. In total, the applications envisage a capacity of 35.86 bcf/day (1.02 bcm/day), i.e. approx. 370 bcm per year.

Efforts to liberalize LNG exports from the USA to international markets are frustrated by concerns of the industry and chemical sector over potential increase in gas prices following a reduction of the domestic supply. These concerns, however, are likely to fade away due to Russia's aggressive international policy, as expressed by annexation of the Crimea and threats to other East European countries.

In order to maintain their geopolitical position, the United States will provide military, but above all economic support to Europe. Liquefied natural gas may well become a vehicle of that support as an alternative to the Russian gas that many European countries heavily rely on. This may prompt US to offer gas that is priced competitively to Russian gas on an energy lend and lease rather than market basis.

Scientists' forecasts of economic impact of LNG export on the US and international markets are already available. NERA Economic Consulting has prepared a Cheniere Energy-commissioned study on economic impacts of LNG exports on US economy, which is an update to the study published by the Bureau of Energy Resources of the US Department of Energy in December 2012. As much as 63 scenarios of US gas market development were considered in the report.
According to the study by NERA, liquefied gas exported from the USA will be competitive with regard to other international gas offers and, unlike traditional suppliers such as Qatar, its price will not be indexed against crude oil quotations. The report emphasizes that if other countries, such as Russia or Norway, increase their gas exports, the US liquefied gas may prove to be less competitive due to the distance and inferior pricing flexibility comparing with suppliers located closer to the key markets (Asia and Europe).

Moreover, US export capacities are limited by transmission capacity of the terminals which is independent of gas price over a short-term perspective. In none of the NERA scenarios LNG exports fell to zero, but ranged from 6 to 12 bcf/day/project.

Across all the scenarios, the impacts were positive and the US was projected to gain economic benefits. The analysts emphasize that the more exports are liberalized the more economic gains are generated. NERA proposed a better, in its opinion, business model in which the cost transoceanic shipment are covered by LNG buyers who will take over right to the cargo on loading the liquefied gas to their tanker ships.

According to the report, the quotas of  exported liquefied gas are positively correlated with GDP, welfare (see Figure 3) and revenues of employees, companies and of the government (see Figure 4).

NERA report has demonstrated that, contrary to the expressed concerns, the industry (including the chemical sector) will not suffer from liberalization. On the contrary, an increase in overall employment is expected (on average, 45,000 new jobs are created in the years 2013-2018). The report may cause a breakthrough in the perception of LNG exports and its impacts by US politicians and, consequently, for international geopolitical situation.

On the other hand, projections for the European LNG market demonstrate that the growth is to be slow with a slight downward trend due to a lack of new sources of supply. According to UK-based BG Company operating in 27 countries, as little as 35 million tonnes of liquefied gas were delivered to Europe in 2013. This is the lowest figure in the past decade.

Australia will become a new supplier of LNG putting additional 67 million tonnes on the market. However, the problem is that LNG demand will increase at a rate twice faster than the production – by 5% annually until 2025, according to BG Group. A higher demand for LNG in Asia, mainly in Japan, is the result of the ban on nuclear energy after the Fukushima disaster of March 2011, which  hiked the price of LNG in Asia. According to BrookingsInstitute, LNG price is approx. $15/MMBtu in Asia, while in Europe its price is in the order of $11/MMBtu. Nevertheless, following a period of extreme skepticism with regard to nuclear energy, Japan is now planning to reactivate some of its nuclear plants which are currently being modernized. This may reverse price relations between Europe and Asia, making the former a more attractive export market for the USA. That scenario would have an impact on geopolitical situation in Europe.

Deliveries from Russia account today for 34% of Europe's natural gas consumption. In 1990, the share of Russia was equal to 75 %, so a significant progress has been made. A closer look at particular countries reveals a worse situation.

Since Central and East European countries, Visegrad Group in particular, are much more dependent on gas imports from Russia (approx. 70% in the case of Poland), the attractiveness of US LNG imports to them would be driven by geopolitical benefits rather than price, which can hardly be competitive to pipeline gas.

Competitively priced pipeline gas may come from the Caspian region (Azerbaijan, Turkmenistan, Iran) or from the Mediterranean area (Israel and Cyprus). US Supply contracts would be attractive to Central and East European countries due to their flexibility. Contracts that are not linked to crude oil prices, as foreseen by NERA experts, enable imports at a lower LNG price. Short-term contracts allow for discontinuation of supplies if the price is too high for the customer. Even small quantities of liquefied gas from the USA may act as “emergency volume”, should Russia attempt to take advantage of its position.

Nevertheless, in order for Central and East European countries to benefit effectively from the supply, they have to develop their gas infrastructure, in particular interconnections with the West European gas transmission network. Construction of new LNG terminals, such as Świnoujście in Poland, Klaipeda in Lithuania or the Krk Island (Croatia), is of equal importance. The countries of the region are developing the program under the EU North – South Corridor Project.

Following an expansion of the gas transmission network it will be possible to deliver the US-supplied LNG to the areas of the highest momentary demand, for example arising out of Russia's actions. Moreover, the ease of gas transport and mutual assistance of European countries would help to negotiate gas contracts.
Again, in should be emphasized that in the case of Central and East European countries security rather than price is the key criterion. In a long-term perspective, the development of LNG market in Europe, benefiting from gas supply from the US and other sources, may challenge the dictate of the long-term contracts indexed against crude oil quotations that are preferred by traditional gas suppliers to Europe.

A more volatile LNG market would enable natural gas exchange trading. As a consequence, strategic importance and  the potential for gas use in the politics would be minimized. The Gas Exporting Countries Forum, of which members includes Russia, Iran, Norway and United Arab Emirates, attempts to prevent this to happen. The Forum, which is modeled on OPEC, enables member countries to consult each other with a view in maintaining high prices of gas. The outcome of that rivalry is still unknown.

The shale revolution changed a lot in the international power balance, but it is still uncertain whether Poland and the entire European continent will benefit therefrom. This will primarily depend on the US decisions – how much gas they will export and where to – as well as on the global demand for energy resources.
It occurs that situation in Japan may have a decisive effect on gas prices in Poland. However, a lot will depend on us, on our ability to find new gas suppliers (Cyprus, Israel, Azerbaijan), on whether we choose onshore or offshore routes, and finally on the ability to develop our own gas transmission infrastructure. This is an opportunity for the diversification of gas supply, decreasing reliance on the Russian gas and maybe to setting gas prices on a market basis. Assuming, of course, that the LNG terminal is finally built. 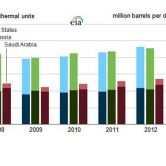 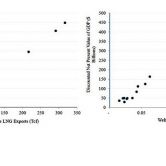 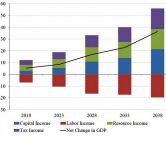 2015 gas prices to remain on a similar level
Gas prices down, distribution fees slightly up