Oil prices have an effect on the cost of gas purchased from Russia. This, in turn, is reflected in gas tariffs, as approved by Energy Regulatory Office. We should expect lower gas prices in 2015.

Natural gas has been for decades traded under long-term contracts. The gas market was not mature enough so it was difficult to obtain credible gas pricing data. Long-term contract prices were indexed against oil derivative prices. Today, a similar contract is in effect between OOO Gazprom Export and PGNiG S.A, wherein the gas pricing formula is based, among other things, on the price of oil derivatives.

Natural gas prices charged to domestic consumers are regulated by tariffs that are approved by Energy Regulatory Office (URE). In fact, Kowalski's gas bill is contingent on URE's decision. In in its tariff approval decisions, URE takes into account justified costs of company's operations. The tariff has a direct effect on PGNiG's revenues, i.e. on the profitability of that company.

Contract between PGNiG and Gazprom

In the contract between PGNiG and OOO Gazprom Export, gas price is set in relation to the average oil price in the past six months, with a three-month grace period. Accordingly, the price of gas purchased on 1 January 2015 is based on oil prices prevailing from 1 April to 1 October 2014. Assuming that oil prices began to fall markedly in June 2014, we should expect the cost of gas purchased by PGNiG to decrease as early as January 2015. However, we will have wait several months for the new tariffs set by Energy Regulatory Office, since the gas we are using now has been purchased before the decrease in oil prices.

Due to very high oil prices in excess of USD 100 per barrel combined with falling natural gas price following the shale revolution, PGNIG has been showing a loss in its gas trading segment, in spite of several URE's decisions to approve higher gas tariffs. Lower gas purchase prices are expected to have a beneficial effect on the PGNiG's gas trading results. This, however, will certainly have an adverse effect on oil and gas production operations. The low price of oil will affect shale gas exploration projects, too.

Gas price is expected to fall

Whatever the results of PGNiG S.A, lower gas prices mean double benefits to the Polish consumers. On the one hand, we are paying less for the gasoline and on the other we may expect lower gas bills in 2015. This is how the global oil market developments are felt in the pockets of Poles. Finally, the prices go down. 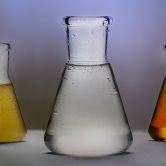 Domestic shale gas production and energy security
Poland's power generation sector relies heavily on coal, but under the Climate and Energy Package Poland is required to increase the sh

Well abandonment
How the well is abandoned when production or exploration activities are over?