Poprawa: Gas resource estimates are up, but Poland is unable to tap the resources

A spectacular success of shale oil and gas development in the U.S.A. has directed the attention of the public and decision-makers to a broader natural phenomenon of unconventional shale gas and oil resources. Our perception of potential depletion of the global crude oil and gas resources changed as the industry has progressively revealed the potential of these hitherto underestimated resources. In Poland, the debate on unconventional resources focused almost exclusively on the shale gas project. It was wrong. The politicians and general public did not realize the potential for development of shale oil, coalbed methane and, above all, tight gas resources.

Considering the current knowledge of Poland's geology, it is reasonable to venture a statement that our unconventional resources are much higher than conventional ones. The latter are estimated at 132 Bcm of natural gas and are produced at a rate of approx. 4-5 Bcm per year. This satisfies about one third of Poland's demand for gas. The balance of 10 Bcm must be imported today. There are huge untapped coalbed methane resources in the Upper Silesia. Recently, Polish Geological Institute (PGI - NRI) estimated them at approx. 90-160 Bcm. However, they are still beyond the reach of available technologies.

First, only undiscovered resources are considered in the PGI Report. Therefore, already proven tight gas accumulations, like those located at Siekierki and Pniewy near Poznań, have not been considered. Only in the case of the former one, a small-sized accumulation operated by San Leon Company, gas resources are estimated at approx. 60 Bcm. Taking into account technical constraints, one-third of that volume is potentially recoverable. According to San Leon, recoverable resources of another tight gas accumulation located at Sicin (near Leszno) are estimated at 1 Tcm. Even if these are optimistic estimates, they should be added to the PGI Report. Furthermore, Upper Silesian tight gas accumulations of additional 100 Bcm of gas, still to be appraised, have not been considered. The Report does not include Carpathian resources, either.

At the presentation of the Report, Chief Geologist of Poland Dr. Sławomir Brodziński has emphasized that the Report is based on prudent or even conservative assumptions. Some of them seem to be overly conservative. The assumption that only 10% of the gas in place is recoverable certainly does not reflect the industry practice. For tight gas accumulations, recovery rate of 30 to 40% is more probable. If we retain this assumption behind PGI Report, then the resources would be in the order of 500-800 Bcm, rather than 153-200 Bcm. This would mean a production volume in the order of 15 Bcm per year, i.e. more than the Polish market is capable of absorbing, considering the output of other gas sources.

However, it would be premature to venture any firm figures for the novel gas resources. What matters is to realize the potential of unconventional resources so as to give them the priority they deserve and establish conditions that are conducive for their development. Whatever  approach to the assessment of tight gas resources is adopted – optimistic or conservative one – it is clear that they may at least contribute significantly to the output of conventional reservoirs or even ensure Poland's energy self-sufficiency. Furthermore, considering that shale gas production potential is now estimated at several to 10+ Bcm per year, a high priority should be given to unconventional gas and oil resources.

An international competitive dynamic and private capital-based market of operators and service companies must be established in order to tap the potential of these resources. This, in turn, would require a debureaucratized regulatory system and effective administrative procedures. The first thing to do is to separate petroleum law from the Mining and Geological Law for solid mineables. It is also necessary to remove a number of existing regulatory and legislative hassles inherited from the bygone communist era.

The public administration is expected to attract the investors and establish an investor-friendly environment. However, considering the recent regulatory system reform in Poland it is almost certain that nothing should be expected in the near future, as far as unconventional gas and oil production in Poland is concerned. Sadly enough.

Comment by Paweł Poprawa for the biznesalert.pl news service 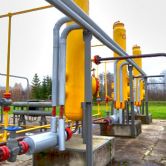