The Board of Polish Oil and Gas Company Joint Stock Company (PGNiG) announced that on 4 May 2015 the Company and Chevron Polska Energy Resources Sp. z o.o. terminated the agreement on the first stage of cooperation in shale gas exploration ("the Agreement"), as made on 31 March 2014.

The purpose of the cooperation between the two companies was to provide a joint estimate of shale gas resources in 4 exploration concessions located in southeast Poland:

One well (Majdan Sopocki) was drilled out and seismic survey were delivered under the agreement. The decision to terminate the agreement is motivated by completion of the planned operations and, above all, by Chevron's withdrawal from Poland.

Currently, PGNiG is analysing test data from the Tomaszów Lubelski Concession in order to make the decision on whether to continue operations at this concession, including in particular horizontal leg drilling and fracture stimulation. 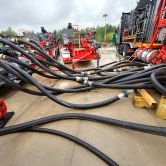 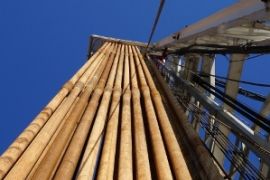