Investigation of organic matter in shales

Since shale rocks may be simultaneously source rock and reservoir rock for the hydrocarbons, it is important to determine petroleum characteristics of shale rocks, i.e. their capacity to generate, retain or expel the hydrocarbons or, in other words, to investigate the properties of petroleum systems.

Investigation of oxygen conditions prevailing at the sea bottom during deposition is the key objective of studies on the origin of shale rocks. Other important topics are:

Tools for the determination of these environmental characteristics include sulphur isotopes and the studies of biomarkers, i.e. organic compounds, of which organic compounds found in living organisms are the precursors, that have preserved an unchanged or only slightly modified carbon skeleton of its biological precursor. Moreover, the analysis of the relationship between TOC and pyritic sulphur may also be helpful.

In addition to standard Rock Eval pyrolysis, optical microscope and biomarker examination methods, a study of the origin and thermal maturity of organic matter should include:

Combined techniques, such as for example Rock Eval combined with fluorescence, pyritic sulphur or extractable organic matter, are applied to establish space and time of hydrocarbon generation. Oil and source rocks can be correlated by the studies on stable carbon isotopes contained in saturated and aromatic hydrocarbons, while Lopatin Diagram enables an interpretation of the source rock burial history, as well as of the time and depth of hydrocarbon generation. 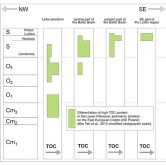 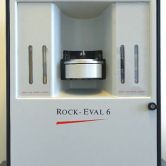 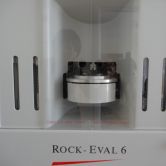 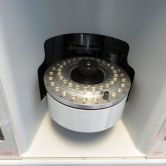 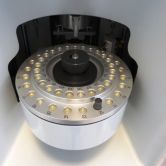 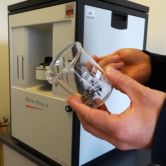 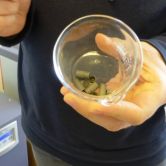 From the seabed to the deposit - How the shale gas formed

You are invited to travel with us in time to learn how the shale gas formed.