The demand for energy has been steadily growing along with the development of our civilization, at a fast rate since the beginning of the Industrial Revolution and rising sharply after World War II.

In the last 20 years world electricity consumption per capita has risen 40%, ranging from as much as 150% in China and 90% in India to 20% in the United States and 7% in member states of the European Union.

According to International Energy Agency (IEA), in the year 2035 the world demand for electric energy will rise by more than 35% compared to 2010. This growth will be the highest in China and other large emerging economies such as India, Brazil and Russia. Significant growth in demand is also expected to occur in Africa, Central America, Indonesia, Pakistan and some other countries where 1.3 billion people have practically no access to power.

Oil is the main energy carrier in the global energy mix, covering over 30% of demand for primary energy. The second place goes to coal, a very controversial energy source as its combustion leads to high emission of CO2 and other greenhouse gases. Natural gas is the third main carrier in the mix, with a share exceeding 20% and rapidly growing.

Some long-term forecasts show that share of gas may soon outclass both those of coal and oil. According to the IEA analyses, demand for natural gas will continue to grow by 1.6% annually. The remaining components of the energy mix include nuclear power and renewable energy sources – hydropower, wind power, solar and geothermal energy and biomass.

Poland's energy mix is characterized by somewhat different proportions. Coal (hard coal and lignite) accounts for about 50% of the primary energy supply. The second place goes to oil with its share of 27%. Similarly as in the global energy mix, gas holds the third place but its share is markedly smaller, equal to about 13%.

At present it would be difficult to find someone who can imagine life without electricity in our country. However, energy experts warn that the risk of power cuts due to intermittent shortages of electricity and large power outages, the so-called blackouts, keeps growing year by year. As admitted by the Polish Energy Regulatory Office, that risk will become a reality from the year 2015 onwards.

One of main reasons of that risk may be the loss of capabilities to cover the growth in demand for electricity despite of the fact that Poland is the second among EU countries with most secure supply in energy carriers. This is thanks to domestic reserves of coal, the fuel criticized by ecologists and politicians, which nevertheless generates 88% of electricity in our country.

The growth in demand for primary energy in the years 2010 – 2030 in Poland is estimated at over 20% whereas the share of coal in electricity production is expected to drop down to about 60%.

Concerns over future of the Earth and international commitments

Attempts to reduce the use of fossil fuels in everyday life of the man are related to concerns that their resources will be soon exhausted and the civilization will regress to its beginnings, that is more or less to the Early Stone Age, as well as to potential impact of fuel combustion on climate. Although research on influence of combustion of fossil fuels on climate have been going on for years, opinions of scientists are still fairly diverse. Regardless of whether we are adherents or opponents of the theory of anthropogenic climate change, we are all obliged to protect the natural environment, control emissions of greenhouse gases to the atmosphere and support sustainable use of natural resources. Concerns over potential negative influence of the Man on climate change extends beyond the scientific communities and ecological movements, being also reflected by  political decisions. The 1992 Earth Summit in Rio de Janeiro led to the signing of the United Nations Framework Convention on Climate Change (UNFCCC), aimed at stabilization of greenhouse gas concentrations in the atmosphere. In 1997 an international agreement to reduce the greenhouse emissions causing climate change has been adopted in Kyoto. This agreement, known as the Kyoto Protocol, is a legally binding international agreement to reduce the greenhouse gas emissions by 5.2% below the emission levels of 1990 by 2012. The Kyoto Protocol was ratified or accepted by 141 countries representing over 60% of the world greenhouse gas producers. Poland committed itself to reduce its emissions by 6% below the emission level of 1988 to overpass this commitment by 2012. However, global emissions of greenhouse gases rose by 50% in the years 1990–2011. The share of Poland in the global emission is equal to about 1%. On a per capita basis, Poland emits 10 tonnes  CO2, per year, United States - 20 tonnes and India 2 tonnes.

The OECD+ countries (OECD countries and EU Member States not belonging to the OECD) prefer 450 Scenario, which assumes limiting the concentration of greenhouse gases in the atmosphere to around 450 parts per million of CO2. This requires a revolution in the power sector, connected with an increase in the share of renewable energy at the expense of coal. EU plays an active role in the global policy resulting from high concern about global warming, by favoring a low-emission economy. The EU 3x20 Climate-and Energy Package sets the following targets for the Member States: 20% emission reduction by 2020 in relation to the year 1990, 20% increase in energy efficiency by 2020 and 20% increase in renewable energy (here Poland negotiated 15%). A new approach to the curbing of greenhouse gas emissions, known as Energy Roadmap 2050, has been proposed. This proposal, aimed at reductions in EU domestic emissions by 80% by 2050 compared to 1990, is being blocked by Poland.

In order to work out a model for zero-energy economic growth, that is economic growth not connected with any rise in the demand for primary energy, there were analyzed several scenarios matching requirements of international agreements on climate. Besides omnipresent recommendations to increase the role of renewable energy sources, the majority of these scenarios supported a wider use of energy from only one fossil fuel, that is natural gas.

At present, construction of gas-fired peak looping and back-up power plants became one of the most effective large-scale solutions recommended for attempts to introduce low-emission and zero-energy economic growth policies. Such gas fueled power plants can be fired up rapidly and are therefore often utilized at peak demand times or when conditions are unfavorable for power systems based on renewable energy sources. Still more advantageous solution is based on gas-steam energy generation systems of the Combined Cycle Gas Turbine (CCGT) type. Such power plants are characterized by average efficiency over 50%, much higher than coal-fired plants with efficiency of about 30%, which means much lower consumption of primary energy.

Natural gas becomes an important energy carrier worldwide and markets of that fuel belong to the most dynamic segments in the world trade of fossil fuels.
A careful analysis of all the pros and cons should accompany continuation of exploration for conventional or in other words “familiar” natural gas resources as well as gas entrapped in the already famous shales. As stated briefly above, there is growing evidence that natural gas is the cleanest of all fossil fuels and at the same time the most efficient of those hitherto discovered and available for rational use.

We are fully aware that quite a lot of energy has been spent to write this book for you. Too much of that energy was generated from combustion of coal and too little from combustion of natural gas and use of wind and solar energy than we would wish. Therefore, let's look for gas, preferably our own high-quality gas. Otherwise, one winter evening when wind goes down and frost becomes really hard, we may find ourselves sitting in a room lit with ecological candles in cold, as the central heating radiators are staying stone cold because of drastic legal regulations limiting possibilities to use coal energy. Then we may regret the chances we have lost for at least checking how much natural gas is actually hidden in Paleozoic shales in Poland. 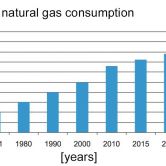 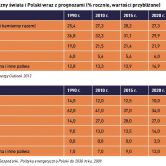 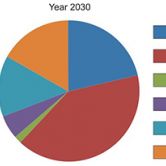 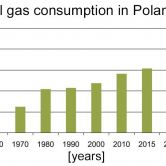 Natural gas – a strategic commodity
Why the shale gas is vital for us? Level: basic