Baltic countries are to establish an energy alliance

Wyborcza.biz announces that three Baltic countries (Lithuania, Latvia and  Estonia) have signed a declaration on energy supply security. The understanding is intended to enable joint use of the Klaipeda gas terminal and of a large gas storage facility in Latvia.

This is the first understanding in that area between Lithuania, Latvia and Estonia. According to a release by the Lithuanian Ministry for Energy, the signatories to the understanding agree to:

The floating LNG (liquid natural gas) terminal was commissioned on 1 January 2015 in Klaipeda (Lithuania). This South Korea-built special unit called “Independence” is fitted with a gas storage installation (capable of storing 170 kcm of liquefied gas or approx. 100 Mcm of natural gas), as well as with LNG handling and regasification facilities. Statoil is to supply the gas. In the first year of operation the terminal is to receive up to 1.5 Bcm of liquefied gas and ultimately its capacity will increase to 4 Bcm per year.

According to estimates, the terminal will satisfy up to 90% of annual gas requirements of three Baltic countries: Lithuania, Latvia and Estonia. Thanks to the floating terminal the Baltic countries will be no longer reliant on gas supply from Russia. 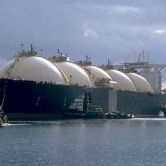