China: the third shale gas concession round is being prepared

China prepares for the third shale gas exploration concession round. The authorities attempt to select the most favourable and prospective areas to attract foreign investors, as they fear the companies may refrain from exploration due to the regional geology, fracturing water supply problems and related high drilling cost.

"If there is one word to describe China's geology, it's 'complicated'”, said Wang Jingbo, chairman of Titan Gas Technology, a private Chinese drilling company. Adding to the problem are falling energy prices which have left investors wary of embarking on exploration projects due to uncertain rates of return.

Currently, Sinopec and PetroChina (Chinese corporations specialised in oil and gas production, crude oil processing and distribution of oil products) and a few foreign companies conduct exploration works in China. So far, some 400 exploration wells have been drilled in China, but in only one of them full fracture stimulation was performed in horizontal sections.

China's largest shale gas resources have been found in the Fuling Basin (Southwest China) located near the city of Chongqing. The resources are estimated at almost 107 Bcm and the planned rate of production is to reach 10 Bcm per year by 2017. However, experts say this success is hard to repeat due to higher costs and more challenging geology in other areas.

Investors also complain that there is no mechanism to force PetroChina and Sinopec Corp to release promising formations, which the two corporations may have no immediate plans to explore. 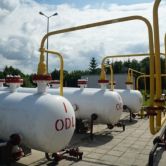