Denmark: shale gas exploration drilling is to begin in the spring of 2015

Shale gas exploration in Denmark is behind the initial schedule and is to be launched as late as the spring of 2015. Total E&P Denmark B.V, the French corporation in charge of exploration, has reported problems with the manufacturing of a suitable drilling rig.

In the past, the company announced its plans to start drilling operation in December 2014. The first hydraulic fracturing in Denmark is to be performed as late as 2016, the company announced.
According to U.S. Energy Information Administration, Denmark's shale gas resources are estimated at 910 Bcm.

Following the imposition of a ban on shale gas exploration in France, Total has emerged as one of the most active oil and gas majors attempting to repeat the U.S. shale boom in Europe. In 2010, Total has been awarded two exploration licenses in Denmark. Today, Total holds 80% of the licenses and Denmark's state-owned operator Nordsøfonden holds another 20%. The Group is to appraise the gas potential of the exploration license areas during 6 years. 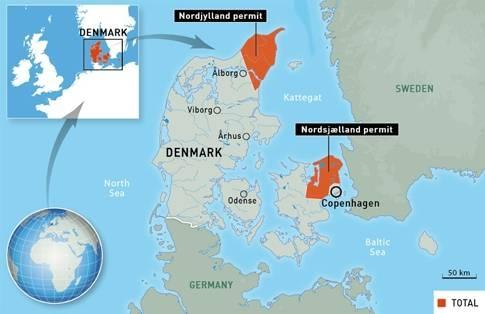 At the same time the Danish Nature Protection Agency (Naturstyrelsen) is to prepare a a special report in order to assess potential environmental risks from hydraulic fracturing operations. The results of independent tests will enable the Agency, part of Ministry of the Environment, to inform the Danish general public of the potential risks that are associated with hydraulic fracturing. The Danes are generally against the shale gas exploration and production project.

Danish specialists have visited Poland to acquaint themselves with the specifity of shale gas exploration efforts. 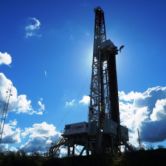 Polish shale gas in 2014
A summary