In addition, these strict regulations will apply to the storage of fluids and flowback water. The regulations are to be updated considering the current state of science and available experience.

The federal states have further regulatory options as part of their regional development plans.

If adopted, the document will require further changes in the German law, in particular an amendment to the water resources act and to the regulation on environmental impact assessment (EIA) for the mining industry. To do this, the ministries will shortly start the interdepartmental coordination process and hold a hearing of the federal states and associations. The regulations are to be adopted by the cabinet after the summer break.

On reviewing these draft regulations that in practice impose a ban on shale gas exploration a fundamental question arises: how environmental impact from hydraulic fracturing is to be assessed in the absence of any empirical evidence. 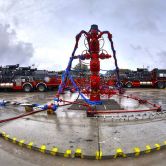