As BiznesAlert.pl announced, France saw a new wave of the row over shale gas extraction. The French mass media inform that the French government commissioned a report on technologies alternative to hydraulic fracturing but, according to media, the report was buried.

On 7 April 2015 Le Figaro daily published an article on the report and the potential for shale gas extraction without fracking.

A moratorium on shale gas exploration with hydraulic fracturing has been in effect in France since 2011. Segolene Royal, French minister for energy and environmental protection, definitively rejected the possibility of shale gas exploration and production in France, while the authorities have repeatedly assured the public that the shale gas is a close and irrelevant matter, even if technologies other than fracking, “less harmful that that technology” are available, biznesalert.pl informs.

Segolene Royal believes that the report on alternative technology does not discuss any specific solution – biznesalert.pl informs. According to her, the technology is still to be proved and more expensive than hydraulic fracturing. A dry mixture of gas – a propane derivative halogenated with fluorine would be used for fracturing the shales. According to Minister Royal, the most important aspect  of that technology is that the propane/fluorine mixture is much harmful greenhouse gas than CO2 or other gases. Therefore, shale gas is not an alternative option for France – BiznesAlert.pl announced. 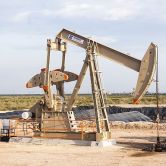 Expert's corner
Ask the expert. Learn about the shales