Half of U.S. fracking companies will disappear by the end of 2015?

Every second U.S. fracking companies will disappear by the end of 2015 – said Rob Fulks, director at Weatherford International, one of the largest oil and gas service companies.

The reason behind a difficult situation of the industry are cuts on capital expenditures by oil and gas companies as a result of low oil prices. Many oil and gas exploration and production companies drill the wells but refrain from fracture stimulation. As a consequence, the demand for these services is much lower.

According to Bloomberg Intelligence analysts, the number of wells still to be hydraulically fracture stimulated tripled on the past year and now is equal to 4731.

A study by PacWest Consulting Partners indicates that following the oil price drop petroleum industry cut capital expenditures by USD 100 billion and the cost of fracking fell by 35%. According to Roba Fulks, Weatherford made several decisions to cut the cost of well stimulation services, for example they renegotiated contracts with suppliers of poppant that is used in all fracture stimulation jobs. 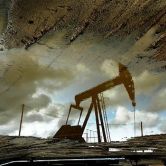 Will the Polish Oil and Gas laboratory materialize?
The Laboratory was to be established by the “Pomeranian Oil and Gas” Consortium coordinated by Gdańsk University of Technology