The Ministry of the Environment delivered to the European Commission its annual report on the awarded and active oil and gas concessions.

Pursuant to Directive 94/22/EC of the European Parliament and of the Council of 30 May 1994 on the conditions for granting and using authorisations for prospection, exploration and production of hydrocarbons, Member States are obliged to submit annual reports that contain the following:

The reports should be made for all hydrocarbon concessions, including those for shale gas exploration.

Poland's  oil and gas reserves are stated in the Report. As of 31 December 2013 there were 287 proven natural gas reservoirs with total recoverable reserves of 132.074 Bcm. 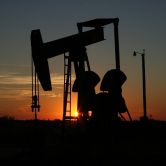