Polish Geological Institute entered into framework scientific research cooperation agreement with IGGGK, Ukraine's National Academy of Science. Joint research projects will focus, among other things, on geology and evolution of the Carpathian Mountains, as well as on the conditions of natural gas formation and occurrence.

A delegation from the Lviv-based Institute of Mineral Resource Geology and Geochemistry, Ukraine's National Academy of Sciences (IGGGK NANU), led by Dr. Andriy Pobereshskyy, Deputy Director for Science, accompanied by Mr. Ihor Kurovets and Ms. Oksana Stupka, arrived on a visit to PGI-NRI. The agenda of the visit concluded on 5 April 2016 included talks and consultations with PGI-NRI and the Faculty of Geology, Warsaw University, on the results of existing collaboration and related plans for the years to come.

The talks and consultations led to agreeing on a scientific research cooperation agreement between IGGGK and PGI-NRI, to be in effect from May 2016 to May 2020. The agreement was formally signed on 30 March 2016 by IGGGK Deputy Director for Science Dr. Andriy Pobereshskyy and acting PGI-NRI Director Dr. Andrzej Gąsiewicz.
The focus of this framework agreement includes joint geological and geochemical studies of Paleozoic rocks in the East European Platform and Oligocene rocks in the Carpathian region – a potential shale gas exploration target.

The other topics to be investigated include:
•    geology and evolution of both Ukrainian and Polish Carpathian Mountains and their foreland based on new geotectonic concepts and targeted mainly at investigation of reservoir formation and occurrence,
•    coalbed methane in the Carboniferous Lviv-Volhynia-Lublin Basin,
•    joint geoecological studies in the near-border areas of Ukraine and Poland.

In accordance with the agreement, the delegation proceeded to talks with acting PGI-NRI Director Andrzej Gąsiewicz, Prof. Tadeusz Peryt, Dr. M. Jasionowski, Dr. S. Mikulskim, Prof. J. Wiszniewska and Dr. W. Mizerski to firm up the key areas of joint investigations so as to enable the development of specific research projects and apply for implementation funds.

At the same time the IGGGK delegation carried out talks on continued collaboration with the team of Prof. Anna Wysocka, Faculty of Geology, Warsaw University.

PGI-NRI has collaborated with IGGGK NANU since 1992. Collaborative projects delivered in the initial 20 years of cooperation have been summarized at the international conference ГЕОЛОГІЧНІ ТА ГІДРОГЕОЛОГІЧНІ ДОСЛІДЖЕННЯ НА ПОЛЬСЬКО-УКРАЇНСЬКОМУ ПОГРАНИЧЧІ (Geological and Hydrogeological Studies at the Borderland of Pland and Ukraine) on the results of geological and hydrogeological studies carried out in the borland of Poland and Ukraine, held on 22-23 May 2012 in Malekhov near Lviv, as well as in a series of articles published in vol. 449 of PGI Bulletin (Tadeusz M. Peryt et al. editors, 2012, Warsaw).

Accordingly, we will celebrate the 25th anniversary of the cooperation as early as 2017. It would be an excellent opportunity for presenting the results of collaborative projects and plans for the future. 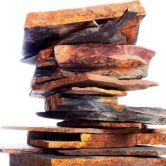