The USA are still the world leader in production of hydrocarbons

The United States strengthened in 2014 its leading position among crude oil and natural gas producing countries worldwide, wnp.pl informs based on Energy Information Agency's (EIA) data. In 2012 the United States topped Russia as world's largest producer of hydrocarbons (a total of crude oil, gas condensate, other liquid hydrocarbons and natural gas), and since then they maintained their leading position.

According to EIA experts, the success of the so-called shale revolution is incontestably behind the growing production of hydrocarbons in the USA – wnp.pl announced. 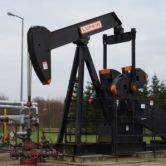