Saudi Arabia joined shale gas exploration efforts in its territory. According to analysts, however, the costs of shale gas production in Saudi Arabia will be exceedingly high, due to poor efficiency of production and the technology that must be adapted to specific geological conditions. Moreover, fracturing requires huge amounts of water and Saudi Arabia is among the most water-deficient countries in the world. As a result, some international oil and gas companies discontinued shale gas exploration in the Arabian Peninsula. Saudi Arabia's shale gas resources are estimated at 17 Tcm, i.e. twice more than conventional resources of approximately 8 Tcm.

Chinese government announced that commercial shale gas production started in the Fulig Field (Sichuan Province). Gas has been produced since the fall of 2013. In late July, average rate of production was 3.2 Mcm per day. In total, approximately 611 Mcm were produced from all wells. It is planned to produce 6.5 Bcm in 2015. According to a study prepared for Bloomberg New Energy,  the cost of shale gas production in China may prove even twice higher than in the USA. According to estimates by the U.S. Energy Information Administration, China's shale gas resources of approximately 31 Tcm are the largest in the world.

RSA is planning to resume shale gas exploration soon. In the meantime, the government of RSA has adapted regulations on the planned exploration and production operations. According to U.S. Energy Information Administration, shale gas accumulations in the RSA may contain as much as approximately 13.7 Tcm of gas. So far, more than 20 shale gas well were drilled in RSA. A moratorium on shale gas production in potentially the most prospective Karoo Region had been in effect since 2011. It was lifted in September 2012.

The largest Europe's ethane storage tank will be built at the Grangemouth refinery. The tank will enable storage of shale gas imported from the U.S. 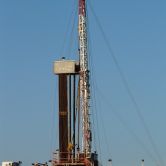