Total Company announced its plans to start shale gas exploration in Denmark. Drilling of the first wells is to begin in the last quarter of 2014 or early in 2015. Frederikshavn Commune (North Denmark) issued the exploration permit.

Oil and gas company Shell announced it is not interested in shale gas production in Britain. However, company executives do not rule out their involvement in the shale project at a later date. Previously, BP made a similar declaration of non-interest in shale gas exploration in the UK. BP is also skeptical about the potential for shale gas in Britain.

This may complicate significantly the process of shale gas exploration in Britain, especially in light of the pending next round of tendering for shale gas exploration licenses. The UK Government made huge efforts to attract potential investors: administrative procedures are now streamlined and tax breaks have been announced. At the time being, French Total holding 40% of shares in two iGas Energy licenses, is the only company expressing interest in British unconventional resources.

The Shell withdrawal coincided with the publication of a report by British Geological Survey (BGS) on Scottish shale oil and gas resources (in Midland Valley of Scotland). According to the report, the resources are most probably in the order of 2.2 Tcm (from 1.4 to 3.81 Tcm) of gas and 6 Bbbl (from 3.2 to 11.2 Bbbl) of crude. These figures are for total oil and gas in place. Recoverable resources, let along commercially viable reserves, are much smaller. BGS estimates that these resources are insufficient for commercial production. Those located in England are much more promising.

On the other hand, National Grid – U.K. gas transmission grid operator, is more optimistic as it announces that unconventional gas will account for more than 40% of the total gas consumption in the U.K. by 2035.

Poland is not the only country where Chevron Company encountered problems with public consent for shale gas exploration. Early in June, several dozens of Greenpeace activists have blocked access to Chevron's shale gas exploration sites located in Pungesti (Southeast Romania). The  protesters oppose to hydraulic fracturing technology used at shale gas exploration. Chevron started exploratory drilling in Romania in May 2014. According to Romanian Agency for Mineral Resources, Romania's shale gas resources are estimated at as much as 1.4 Tcm, i.e. are Europe's third largest. The resources would satisfy Romania's domestic demand in the next 100 years.

Protracted administrative procedures, rather than public protests, were behind Chevron's problems in Lithuania. The Company discontinued operations in that country, closed its Vilnius office and sold its shares in LL Investicijos exploration company. These decisions were probably motivated by a lack of clear regulation on shale gas exploration in Lithuania and protracting license awarding procedures. Chevron wanted to start exploration in 2012 and submitted, as a sole bidder, its application for exploration. However, the Lithuanian government suspended the tendering procedure while announcing an amendment of regulations on the taxation of oil and gas production. In the fall of 2013 Chevron withdrew its tender and a new tendering procedure was announced for the first half of 2014. However, the new procedure was never launched. Following Chevron's decision to withdraw, Prime Minister of Lithuania informed that a new tendering procedure for shale gas exploration is to be opened in the fall of 2014.

The German government opposes the application of hydraulic fracturing (in shale gas exploration) at depths in excess of 3,000 m. This is the conclusion of a draft government paper prepared by the Minister for Economy and Energy  Sigmara Gabriel and German Ministry of the Environment. According to the draft document, use of hydraulic fracturing will be prohibited until 2021 and subject to close regulation and monitoring thereafter. Chancellor Angela Merkel and the CDU/CSU coalition she leads are to comment on the proposal. Germany's shale gas resources are estimated at roughly 2.3 Tcm.

The  European Science and Technology Network on Unconventional Hydrocarbon Extraction, led by the Commission's Joint Research Centre (JRC), was launched. The Network will bring together practitioners from the industry, research, academia as well as civil society. Mr. Hubert Kiersnowski of Polish Geological Institute-National Research participated in the first meeting of the Network in Brussels. The Network will collect, analyse and review results from exploration projects as well as assess the development technologies used in unconventional gas and oil projects. Its aim is to increase understanding and knowledge on unconventional hydrocarbon extraction technologies as well as reduce potential health and environmental impacts and risks. Commission's Joint Research Centre (JRC) received a mandate to establish and manage the Network (Commission's Recommendation) in January 2014.

The U.S. are still the biggest oil producer worldwide with daily production rate of 11 Mbbl. Already in 2010 U.S. surpassed both Saudi Arabia and Russia as the world's largest oil producer, mainly as a result of growing shale oil production. The success is also evidenced by the plans to reverse the flow of oil from export to import in the U.S. largest oil terminal - Louisiana Offshore Oil Port. The U.S. export gas (in liquefied form as LNG) to a growing number of countries, Recently, a gas supply contract was signed with National Oil Company of Chile.

Shale gas exploration projects are underway in Australia. Statoil has just started drilling its 5th well. Once completed and drilling results evaluated, the decision on whether to proceed with fracturing and subsequent works will be made. It is estimated that Australia's shale deposits may contain as much as 12 Tcm of gas. 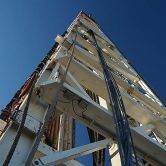