EurActive Service gained access to draft new regulations on the Energy Union. The European Commission proposed, among other things, its participation in energy negotiations.

According to EurActive.pl Service, the European Commission (EC) envisages to participate in negotiations of energy supply contracts made by Member States with third countries. A proactive involvement in these negotiations will, in the opinion of EC, prevent “inappropriate pressure or market distortions”. Currently, the governments are only obliged to notify EC of the signing of such contracts – EurActive.pl informs.

The EC refers to the contracts made by Russia with Austria, Bulgaria, Croatia, Greece, Slovenia and Hungary (as well as with Serbia, which is not an EU Member State) on the building of the South Stream pipeline. The contracts had to be canceled once the project commenced, as they were inconsistent with EU regulations. According to EC, has EC participated in the negotiations from the beginning, the problem would not emerge - concludes EurActive.pl.

Moreover, the EC is planning for joint purchasing of gas, but only in the event of a crisis situation rather than on a regular basis, as would prefer EU President Donald Tusk. According to the Commission, this would help to break the gas monopoly. At the same time, joint gas purchases would be voluntary – Member States themselves would express the will to start joint negotiations. Each time, the negotiations would be closely monitored so as to avoid any violation of World Trade Organisation rules, as feared by some opponents to this approach - commented EurActive.pl.

Furthermore, the draft EU Energy Union assumes a further diversification of the sources of energy commodities, including contracts with producer and transit countries, such as  Algeria, Azerbaijan, Iran, Turkey and Turkmenistan. Foreign policy tools will be used to this end. Strategic partnership with Ukraine is to be strengthened. A mention was made of “changes in energy relations with Russia”, but “in a due moment”.

Improvements in EU infrastructure, including the development of the LNG storage network, are also envisaged.

The draft EC document is to be formally presented next week, on 25 February 2015. It must be first approved by the European Parliament and the Council in order to take effect. Accordingly, it may be subject to significant changes – EurActive.pl concluded. 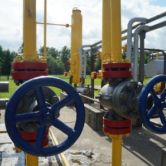