In April 2015 Lotos Petrobaltic SA announced the results of a tender for upgrading its offshore “Petrobaltic” platform. The upgraded platform will produce oil from the B8 field in the Baltic Sea. The contract was awarded to the consortium of two companies:  Gdynia-based Energomontaż-Północ and NAUTA Shiprepair Yard. The tender brought down the estimated costs of upgrading by as much as 40%. This will have a favourable effect on overall cost effectiveness of the B8 development project.

LOTOS Petrobaltic upholds its plan to launch production from the B8 field in the fourth quarter of 2015. The field is to be fully developed by 30 June 2016. Recoverable reserves of B8 are estimated at 3.5 million tonnes of oil (over 27 Mbbl). The company is expecting to produce 250 000 tonnes per year (over 5,300 kbbl/d – equivalent oil barrels per day). Total capital expenditure on B8 development are estimated at PLN 1.8 billion.

The B8 field is located almost 68 km north of the Baltic coast opposite of Hel, 2.1 km below the sea bottom in Middle Cambrian sandstones. The first B8-1 well was drilled in 1983 there.

The B8 development programme envisages crude oil and natural gas production for a period of about 10 years with three production wells from a drilling platform positioned over the centre of the reservoir. Crude oil will be transported in an approx. 35 km long undersea pipeline to the Production Centre at the “Baltic Beta” floating platform at the B3 field. Subsequently, the separated oil will be transported with tankers to the mainland and the gas transmitted via undersea pipeline to Władysławowo for processing into electricity, heat and LPG at the  ”Energobaltic” heat and power plant.

Preliminaries for the development of fields B4 and B6 are underway, as well as for launching the EFRA delayed coking installation project which will improve oil processing efficiency. LOTOS estimates the total cost of EFRA Programme at approx. PLN 2.3 billion. The project is to be completed in the first quarter of 2018. The reserves of the Baltic B4/B6 gas fields are estimated at 4 Bcm. Production is to be launched at the turn of 2017 at a rate of 250 Mcm per year.

LOTOS Petrobaltic is the only Polish company to produce oil and gas in Poland's economic zone of the Baltic Sea.
Oil and gas exploration in the southern shelf of the Baltic Sea were launched in 1975 by the Joint Petroleum Exploration  Organization (JPEO), of which the governments of Poland, Soviet Union and GDR were the shareholders. Geological and geophysical surveys were delivered from 1975 to 1990 along with initial drilling operations. The decision to wind up JPEO was made in 1990 and the Polish “Petrobaltic” Oil & Gas Exploration and Production Company was established the same year. Since September 2003 “Petrobaltic” has been incorporated as a joint stock company. Since February 2005 Grupa Lotos SA holds a controlling stake in “Petrobaltic” (69%).
LOTOS Petrobaltic holds concessions for production of crude oil and associated gas from the offshore B3 and B8 fields (through B8 Sp. z o.o BALTIC S.K.A. Company) and shares in 2 concessions for natural gas production from the B4 and B6 offshore fields located within Polish economic zone of the Baltic (through Baltic Gas Sp. z o.o.). The Company holds 2 exploration concessions and 5 concession for oil and gas exploration and appraisal of which total surface area is in excess of 7,300 square km. 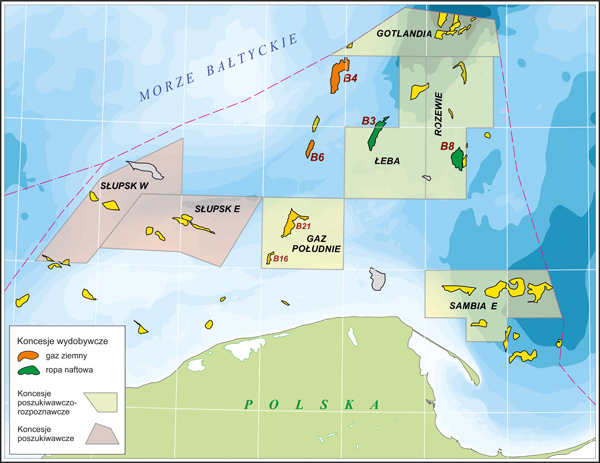 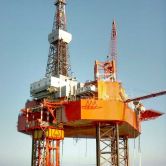