Experts representing 22 countries met in Warsaw on September 24-26 to discuss the potential for development of shale rocks. These rocks are becoming an increasingly important research target. The studies are conducted not only in Europe and the USA, but also in a number of other regions across the world.

Fine clastic sediments have been for years known to be an important component of petroleum systems as source, sealing or reservoir rocks. With the advent of improved technology that enabled commercial development of shale oil and gas resources, these rocks have attracted even more attention.

Eng. Sławomir Brodziński, PhD, Undersecretary of State at the Ministry of the Environment and Poland's Chief Geologist opened the Conference chaired by Prof. Grzegorz Pieńkowski, Polish Geological Institute Director for Cooperation and Promotion.

This year's Conference provided an opportunity for experience sharing and to discuss research challenges faced by geologists and geophysicists in the field of shale gas and oil studies, including the development of shale gas resources in Poland. These challenges include hydraulic fracturing issues, in particular the need to adjust them to the local geological conditions, for example to a different mineralogy of Polish shales.

In this context, a presentation by German scientists on chemical reactions that occur on the contact of fracturing fluid with different shale rock types (Vieth-Hillebrand A., Wilke F.D.H, Erzinger J., Horsfield B.) was particularly interesting.

The discussion on analogies between particular basins, that followed a presentation by T.R. Carr on Appalachian Marcellus and Utica formations (USA), was equally interesting. Conclusions from the debate appear to be encouraging. Utica Formation shales (Ohio, USA), where shale oil and gas production has been steadily on the rise, may represent a counterpart of Polish shales from the Baltic Basin. Moreover, tectonic structures of the Appalachian Basin are much similar to those occurring in the Lublin Basin (Poland).

Orlen Upstream Company, a partner of the Conference, presented its exploration and production operations conducted in Poland and abroad, as well as hitherto unpublished effects of investigations into the geology of the Lublin Region (Poland) and the variability of reservoir properties of shale rocks – a major obstacle to commercially viable shale gas production (Zacharski J.).

Prof. Nazmul Haque Mondol of Oslo University made a key presentation on the application of seismic methods to the mapping of geological variables such as TOC content, porosity or mineral composition (of utmost importance in unconventional oil and gas exploration), based on offshore Hekkingen shale formation in the Norwegian Barents Sea.

Mentions should be made of a lecture by Prof. Jan Środoń of Polish Academy of Sciences on geochemistry of clay minerals in shale rocks; a presentation by Hartmut Jaeger on results of detailed optical kerogen studies that may provide a clue to the problem of natural gas formation in Polish shales; and of presentation by Alan Butcher of FEI Company on recent progress in nanometric microscopy measurements (Goergen E. et al.).

In addition to scientific research aspects, a political overtone was also present at the Conference. In his presentation made on the first day of the Conference, Mr. Luca Demicheli, Secretary General of EuroGeoSurvey (European Association of Geological Surveys), in charge of contacts with the European Union, demonstrated that the shale gas issue still represents a challenge for Europe and is of key importance to geological surveys  in Europe. Moreover, he emphasized the need to continue collaborative efforts aimed at building a joint position of all survey organisations, based on facts and cooperation with scientific institutions.

GeoShale 2014 Conference was the next in a series of conferences on shale rocks, as initiated by PGI-NRI in 2012. Four scientific sessions were held, over 30 presentations made and 40 posters posted at this year's Conference, which was accompanied by a workshop on shale tectonics and LabTour – a visit to the laboratories of Polish Geological Institute where shale rocks are in-depth tested.

Considering a huge interest in the Conference, expressed also by foreign experts, it is reasonable to expect that the next third GeoDhale Conference will be held in 2016.

For more information see the website of GeoShale 2014 Conference. 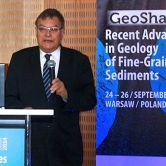 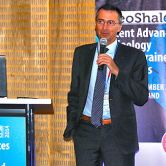 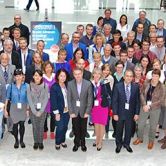 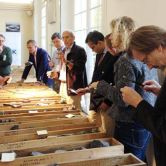