Ministry of the Environment presented new areas slated for competitive tenders for oil and gas prospecting and exploration and for production of hydrocarbons. The licensing round will be held in 2016.

In accordance with the amended Geological and Mining Law, the Minister of the Environment announces every year by 30 June the areas that are to be included in the licensing round for the next year. The areas have been selected on the basis of an assessment of Poland's prospective oil and gas areas, as prepared by national geological survey jointly with the Ministry of the Environment. In addition to prospectiveness, selection criteria included, among other things, the target of exploration, the degree of geological investigation and access to exploration. The selected areas are the most prospective in Poland in terms of potential discovery of oil and gas reservoirs from among those that are not covered by active concessions.

“The amended Geological Law took effect in the beginning of 2015, but today its provisions are applied in practice with regard to exploration and production of hydrocarbons by publishing the list of areas that are scheduled for the next oil and gas licensing round. It is my hope that the potential of the areas we have selected will attract the entrepreneurs”, said Poland's Chief Geologist Mr. Sławomir Brodziński.

In total, 10 areas have been selected for the licensing round, including:

In the case of prospective conventional oil and gas areas, additional criteria included their location so as to ensure that they are located in different parts of Poland and cover various geological formations.
Other areas have been selected on the basis of studies made by national geological survey in recent years, including the report on potential Poland's natural gas resources in solid reservoir rocks.

According to Geological and Mining Law, oil and gas prospecting/exploration and production operations are subject to concessions awarded by the Minister of the Environment. The concession is granted for a period of 10 to 30 years and falls into the following phases: prospecting and exploration (up to 5 years, possible extension for 2 years) and production.

An oil and gas prospecting/exploration concession may only be awarded on a tendering basis. A security clearance certificate, issued by the Minister of the Environment in cooperation with the General Inspector of Financial Information, Financial Supervision Commission, Internal Security Agency Head and Intelligence Agency Head, is required in order to be eligible for tendering. Applicant's previous experience in prospecting, exploration and production of hydrocarbons is considered in the clearance procedure. Moreover, it is also checked whether the applicant is controlled by a third country entity and whether that control may represent a risk to the national security. The clearance certificate is valid for 5 years and enables participation in multiple licensing rounds.

Beginning with July those wishing to apply for concessions may apply for clearance certificate to the Ministry of the Environment. The tenders for oil and gas prospecting, exploration and production concessions will be announced in 2016. The notice of the tender will be published in the Official Journal of the European Union and the Public Information Bulletin of the Ministry of the Environment. 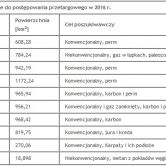 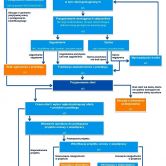 Can Poland go in the footsteps of the US in shale gas production?
The inside story of the US shale revolution and perspectives for repeating the US success in other countries, as seen by Gregory Zuckerman i