According to the wnp.pl portal and PAP (Polish Press Agency), Polish Geological Institute – NRI is to publish its next report on Poland's shale gas resources in 2015, as announced by the Minister of the Environment Maciej Grabowski. The report will be based on data provided by exploration wells that have been drilled in Poland from 2010 through 2014. Previous estimates (PGI-NRI of 2012) were based on data from 39 preexisting wells that had been drilled from 1950 to 1990.

Previous estimates, as published in 2012, displayed a wide range of potential shale gas resources in Poland. The most probable recoverable shale gas resources were estimated to range from 346 to 769 Bcm. Now, information from newly drilled out wells will make it possible to narrow down these very broad estimates, said Minister Grabowski.

PGI-NRI will first publish its report on tight gas resources in place (tight gas is a different kind of unconventional gas). In December 2014, PGNiG reported a discovery of a tight gas accumulation near Poznan (Pniewy-4 Well). Tight gas is extracted using technologies that are similar to those applied in shale gas exploration, including modified fracture stimulation techniques.

Minister Grabowski did not mention a date for the commencement of commercial shale gas production in Poland. According to the Minister, the so-called Special Hydrocarbon Bill is being prepared. The planned Bill is to enable the companies to conduct oil and gas exploration, appraisal and transport operations that are governed by a single legislative act. The reasons for drafting the new Bill by the Ministry included removal of barriers faced by investors who seek shale gas resources in Poland. The Bill will be passed to the Standing Committee of the Ministers' Council for debate in the coming weeks – said Minister Grabowski. 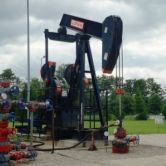