A press conference with presentation of the report on unconventional gas resources in compacted and poorly permeable sandstones (tight gas) was held on 17 March 2015 at Polish Geological Institute - NRI.

Mr. Sławomir Brodziński, Undersecretary of State at the Ministry of the Environment; Mr.  Rafał Miland, Director of the Department of Geology and Geological Concessions at the Ministry of the Environment; Mr.  Grzegorz Pieńkowski, Polish Geological Institute – NRI Director for Cooperation and Promotion; Mr. Andrzej Przybycin, National Geological Survey Director; and Mr. Hubert Kiersnowski, PGI expert and co-author of the Report were among the attendees.

After shale gas and coalbed methane reports, Polish Geological Institute – National Research Institute provided an estimate of potential tight gas resources. In terms of chemistry and physical properties, tight gas is identical to conventional natural gas. What makes it different is the pattern of occurrence: tight gas is trapped in microscopic pore spaces that are not interconnected. Therefore, like in the case of shale gas, hydraulic fracture stimulation must be applied to produce the gas. Currently, tight gas accounts for a significant share (approx. 30%) of the total natural gas production in the U.S.A. It has been produced in Germany, the Netherlands, Russia and Argentina for the past 20 years.

The Report covers three geological complexes that are considered as the most prospective in light of existing knowledge: the Poznań-Kalisz zone, Wielkopolska-Silesia region and West Baltic Basin. According to estimates, the total volume of natural gas in these areas is in the order of 1528-1995 Bcm. Assuming a recovery ratio of 10% (normally achieved in international plays), technically recoverable resources would amount to approx. 153-200 Bcm. 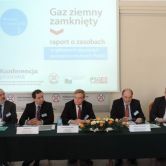 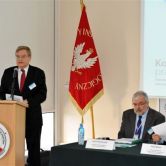 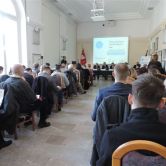 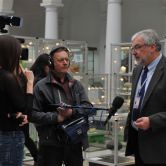 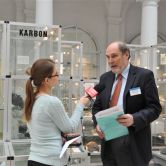