Kosakowo facility is being developed within the Mechelinki halite deposit located in the western section of the Peribaltic Syneclize. Caverns are leached in the oldest salt bed of a relatively uniform thickness (170-200 m) located at a depth of approx. 970 m below the ground level.

PGNiG's cavernous underground gas storage project has been co-financed by the European Union from the European Regional Development Fund under Infrastructure and Environment Operational Programme 2007-2013, Priority X Energy Security. The EU-supported project section involved the development of a storage facility with an active volume of 100 million cubic metres from 2007 to 2014. In fact, the actual volume of 119 million cubic metres achieved is higher than initially planned - reported cire.pl.

The EU-supported section of the project included: the development of four storage caverns with four drilling wells, construction of on-surface installation for gas injection and withdrawal, connection to the OGP Gaz-System transmission grid and connection to the power supply grid. Moreover, the project included construction of a leaching installation with brine water discharge to the Puck Bay. The planned cost of the project is in the order of PLN 514.1 million, of which the EU contribution is up to approx. PLN 115.4 million.

Cire.pl informs that project is to be further developed in the future with A and B clusters composed of 10 chambers to be completed by 2022, so that the active capacity of the storage facility will increase to at least 250 million cubic metres, and with development of C and D clusters, which are now being designed. 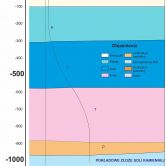 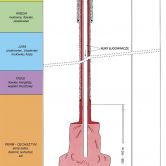 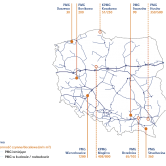 USA: shale gas resources may be much overestimated
According to University of Texas scientists shale gas estimates by the U.S. Government are overly optimistic