In December 2011 the Council of Ministers adopted the programme document titled Poland's Spatial Management Conceptual Plan until 2030 (2012 Monitor Polski Official Journal, Item 254, Council of Ministers' Resolution No. 239). The conditions, objectives, principles and directions of Poland's spatial management, including energy security issues, are presented in the document.

The document is not quite recent, but worth of reminding considering its planning horizon (until  2030) and a number of conclusions and recommendations that are still pertinent today.

According to the Conceptual Plan, Poland's oil and gas transmission infrastructure is underdeveloped and highly diversified in terms of coverage. The densest distribution networks are located in the Małopolska (Kraków), Silesian, Sub-Carpathian Provinces and near the largest provincial cities.

Płock Refinery (owned and operated by PKN Orlen), located at the intersection of two main oil transmission pipelines, and the Gdańsk Refinery (Lotos SA) are the key hubs. This pattern will change on commissioning of the planned domestic and international gas and oil transmission projects.

The existing status of Poland's energy security was found to be inadequate. In order to ensure uninterrupted supply of energy resources it is necessary to assess and protect the domestic reserves (including those considered as economically or environmentally non-viable). It is necessary to diversify the sources and enhance security of the supply of energy resources, natural gas in particular. The need to expand and upgrade the energy infrastructure was emphasized.

According to the Conceptual Plan, the spatial distribution of energy generation and availability of primary energy carriers will change in 2030. Distributed sources will allow to use the local potential optimally and to rationalize the cost of energy transmission from generators to the consumers.

According to the forecast, there will be a major change in the structure of demand for primary energy. The share of coal is expected to fall to approx. 40% (from 58% in 2010), while the share of natural gas in total energy production will increase. Commercial underground coal gasification facilities producing synthesis gas and electricity will be commissioned so as to gradually minimize the reliance on imports. The share of renewable sources of energy (biomass, geothermal, hydro-power, solar and wind power) will  increase.

Gas import-related projects will include: 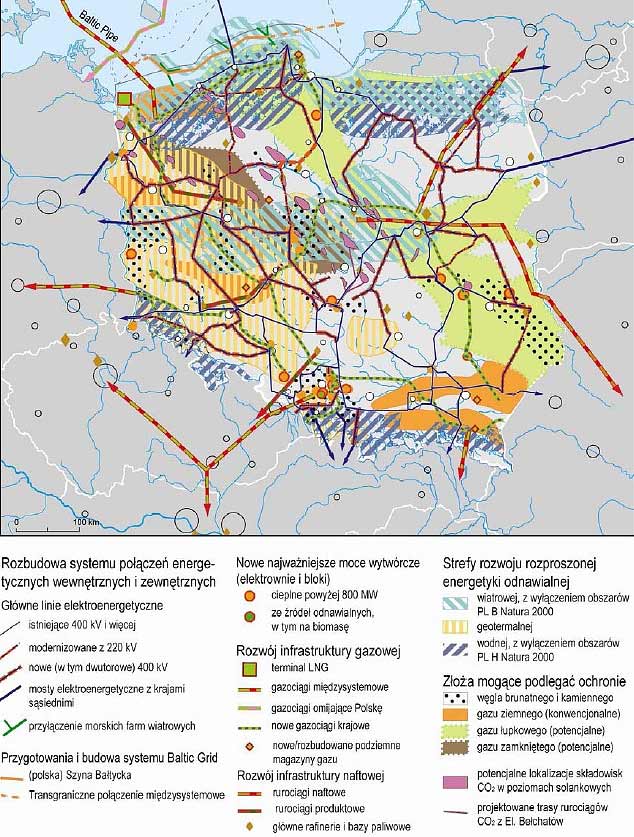 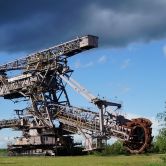