Professor Grzegorz Pieńkowski of Polish Geological Institute – NGI has been appointed Chairman of the advisory European Science and Technology Network on Unconventional Hydrocarbon Extraction, as established by the European Commission.

In December 2014, the European Commission has appointed members of the advisory European Science and Technology Network on Unconventional Hydrocarbon Extraction, as established in mid 2014. The members are practitioners from EU Member States who represent the industry, academia, broadly defined public services and think tanks of the civic society. It is Network's mission to collect, analyze and review results from unconventional gas and oil exploration in Europe, as well as to assess environmental issues and related new technologies.

The Network comprises two independent groups: Group 1 – Gas and oil exploration, demonstration and production projects in the EU, and Group 2 – Emerging technologies for well stimulation. Group 1 will focus on geology and environmental issues and Group 2 on hydraulic fracturing technologies.

The European Commission came to the conclusion that two independent and competent in their respective areas advisory groups will gather and review available knowledge and deliver their reports to the European Commission, European Parliament, decision-makers of Member States and to the public. That knowledge is vital for making decisions on such key issues as EU energy and environmental policies.

The steering committee for the two groups will include six Directorates of the European Commission and Joint Research Centre is to provide support to the ongoing operations. Importantly, the European Commission designated Horizon 2020 as the source of funds for the groups and potential projects that may emerge from their efforts.

Establishing the “Network…” and of the two groups is highly important, especially for Poland and other Member States that have a favourable approach to gas and oil exploration.

Group 1 is composed of approx. 130 specialists from EU Member States, including Poland. Having reviewed professional achievements of group members, the EU Steering Committee has appointed Professor Grzegorza Pieńkowski as Chairman. This appointment is a high honour to Polish Geological Institute – NRI as a recognition of Institute's and Poland's contribution to unconventional gas and oil exploration in Europe.

Dr. Alwyn Hart of the Environment Agency (UK) will become Professor Pieńkowski’s Deputy. The Chairman and his Deputy have been elected for a tenure of one year that can be extended to three years (i.e. the tenure of the “European Science and Technology Network on Unconventional Hydrocarbon Extraction”).

The European Commission expects the groups to hold four meetings each year in Brussels. One of the meetings is to be organized in the form of a conference. Both groups are to operate on an open basis.

We congratulate Professor Pieńkowski on this honourable appointment. 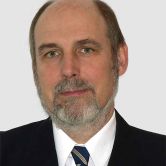