Professor Mariusz Orion Jędrysek, PhD, was appointed as Undersecretary of State at the Ministry of the Environment and as Chief Geologist of Poland. Prime Minister Ms. Beata Szydło conferred on him these responsibilities on 19 November 2015. Professor Jędrysek assumes that post for the second time: he has earlier served as Poland's Chief Geologist  from 2005 to 2007.

Mariusz Orion Jędrysek, who has graduated from the Faculty of Earth Sciences, Wrocław University, is a full professor and holds PhD degree in geology, biogeochemistry and isotopic geology.

Prof. Jędrysek was a staff member of Polish Geological Institute, Lower Silesia branch, from 1986 to 1987 and then at the Wrocław University. He has been a postdoctoral research fellow with, among others, the Japan Society for the Promotion of Science and the Humboldt Foundation.

Prof. Jędrysek chaired the General Assembly of the United Nations' International Seabed Authority as its President in the years 2006-2007. He was deputy chairman of the Steering Group of the Climate KIC EIT Regional Innovation.

He is member of the Convention of the AGH University of Science and Technology and of the Committee on Mineralogical Sciences, Polish Academy of Sciences. Member of Parliament since 2011.

For more information see the site of the Ministry of the Environment. 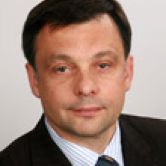