Sorry, that's the geology we have

”No manna from shales” - is the heading of the interview with Professor  Grzegorz Pieńkowski, as published by Gazeta Wyborcza daily. Professor Pieńkowski summarized the status of shale gas exploration considering Poland's geological conditions.

In the interview granted to Gazeta Wyborcza daily Prof. Pieńkowski said that the forecasts of shale gas resources in Poland, as published in the past years by international organisations and companies, were highly inflated. These forecasts were revised by the PGI-NRI report of 2012 which estimated that the reserves are most probably in the range of 350 to 750 Bcm. In 2011, the U.S. Energy Information Agency suggested that Poland may hold as much as 5.3 Tcm of shale gas.

Professor Pieńkowski announced that PGI is to publish a new report on shale gas resources by the end of 2015. In addition to a forecast, the report will contain an estimate of resources based on data from 70 boreholes that have been recently drilled across Poland. The previous report was based solely on 39 preexisting (archival) wells.

We know with absolute certainty that the gas is present in Polish shales, but we do not know how to produce it in commercial quantities. Interviewed by Gazeta Wyborcza daily Professor  Pienkowski mentioned the results of 3Legs Company which reported the highest shale gas flow rates in Poland from its Lublewo well in Pomerania. However, these rates still represented 1/3 of commercially viable productivity.

Professor noted that although as little as 70 exploratory wells have drilled in Poland over the past 5 years, they still account for about 90% of all wells drilled in Europe. Poland is still at the forefront of shale gas exploration. However, there are more than 100 000 shale gas wells in the U.S.A. and about 14 000 of them in Canada.

In the interview, Prof. Pieńkowski compared geology of Poland and United States noting the differences that contribute to the success or failure of exploration. The key differences are: the content of organic matter, depth to prospective gas-bearing shale formations and the content and composition of the clay fraction. According to Professor, only 10% of the so-called shale belt stretching across Poland from Pomerania to the Lublin region is a potential prospective exploration target that contain sweet spots where a thick organic matter-rich shale layer  located at an optimum depth is prone to hydraulic fracturing. The remaining 90% of the shale belt is still unknown due to the scarcity of wells drilled in these areas.

As Prof. Pieńkowski concluded, geology in Poland (and elsewhere in Europe) is more complex than in the United States. As a consequence, shale gas production will be more difficult in Poland and, above all, will cost more than in the United States. At least 100 more wells have to be drilled in order to verify the existing forecasts and assumptions. However, Poland is not expected to become a shale gas El Dorado. Nevertheless, producing even 4-5 Bcm of gas per year would be worth the candle. This volume would be equal to 25% of Poland's gas consumption, helping to diversify gas supply sources and enhancing our energy security – concluded Prof. Pieńkowski interviewed by Gazeta Wyborcza daily. 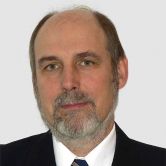