The “Puls Biznesu” daily has reviewed the future of shale gas exploration in Poland and envisioned three potential scenarios for the development of exploration and production industry.

The first possibility are potential write-offs to be made by PGNiG and Orlen due to zero value of the wells they drilled. As none of the companies found shale gas in any commercial quantities the wells should be deemed as unsuccessful. The daily estimates expenditures made by the companies on shale gas exploration wells. PGNiG drilled 17 wells and 11 of them. The cost of drilling one well in Poland is estimated at PLN 35.5 million, while a horizontal well with full hydraulic fracture stimulation program costs as a minimum PLN 60 million. In total, the write-offs would be in excess of PLN 1 billion worth for the two companies combined. At the same time, PGNiG and Orlen may announce “the end of shales in Poland” - ”Puls Biznesu” wrote.

The second potential for symbolic abandonment of shale gas exploration in Poland may arise from changes in Polish Exploration and Production Industry Organization. PEPIO, which represents the interests of oil and gas exploration companies, was established in the heyday  of the Polish shale sector. Since 2013, membership of the organization fell from 14 to 10 companies. Should only one company leave the organization, PEPIO will be deleted from court registers. As an employers' organization, it is required to have 10 or more members. ”Puls Biznesu” reminds that Chevron, which decided to discontinue its operations in Central Europe, is still a PEPIO member.

The third possibility for abandonment of shale gas exploration in Poland will depend on the decision of the Ministry of the Environment. Several smaller companies have applied to the Ministry for an extension of the term for fulfilling their obligations under concessions held. The companies have suspended operations and seek funds for continued project implementation. Their continued operations in Poland are contingent on environment ministry's decision.

- Each case is reviewed on a case by case basis, considering the reasons behind extension requests. This is nothing new, similar requests were made in the past years and they might apply to other concessions that are not related to shales – said Mr. Grzegorz Zygan of Environment Ministry's press office, as quoted by ”Puls Biznesu”. 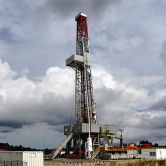 ”Together about the Shales” Project: Closing Conference
A conference closing the shale gas campaign was held in Gdańsk on December 9th