”Together about the Shales” Project: Closing Conference

On 9 December 2014, a conference wrapping up the “Together about the Shales” two-year awareness-educational campaign was held in the Coat of Arms Hall of the Local Assembly Speaker's Office in Gdańsk. The agenda of the campaign, delivered in Pomorskie, Kujawsko-Pomorskie and Warmińsko-Mazurskie Provinces, was intended to deploy proactively the tools for building a civic society.

”Dialogue rather than Propaganda” - the catchphrase of the campaign – clearly indicated the approach to public communication. It was assumed that the decisions on regionally strategic and controversial issues, such as shale gas exploration, should be made jointly with all stakeholders.

The “Together about the Shales” Project was launched on the initiative of Pomorskie (Pomeranian) Province Assembly Speaker. The Foundation of Eco-Energy Solutions (FREE), project leader that has authored the concept of the project, delivered the activities jointly with social science and public communication experts.

The activities were based on Local Dialogue Committees (LDC): teams composed of representatives from local communities, local governments, investors and shale gas exploration companies – holders of concessions in a particular region. LDC operations focused on establishing an efficient cooperation between all stakeholders in the area of unconventional gas and oil exploration and potential production.

The project-closing conference was attended by representatives of several communities involved in the campaign, namely:

Dr. Piotr Stankiewicz, a sociologist and co-author of the project, moderated the meeting.

All the aspects of the “Together about the Shales” and changes that have been in the project throughout its many months of its delivery have been discussed. Recommendations for similar campaigns in the future were presented. Project Coordinator Damian Mucha and Communication Expert Leszek Miazga were among the presenters.

An animated debate followed the presentations. Most participants wanted to take part in the discussion, share their views and opinions that have been changing and evolving in the past year. The formula of public dialogue, very well received especially by the PDC members, was the most frequently commented aspect.

Final report on the campaign will be presented in the first quarter of 2015 and delivered to all of the parties, in particular to the central and local governments.

The proponents of the “Together about the Shales” campaign hope for launching similar programmes in the future. 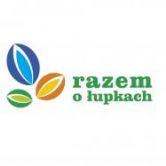