What is the origin of unconventional oil accumulations?

What will happen if small voids are isolated from each other in an oil source rock that is buried two kilometres below the ground surface? If the interconnected voids and fractures that should convey oil upwards are too narrow, even for single particles that form the oil?

Considering that the surrounding rock is built of tiny clay and silt grains which are subjected to enormous pressure from overlying rocks, this may happen quite often. While some of the oil moved upward before all escape routes are closed, the balance is permanently trapped in its source rock.

The oil stays deep under the ground in isolated pores of the surrounding shale rocks, unable to flow in any direction.

Oil production technology is described in the next article titled: "Release the oil: shale oil exploration and production methods" 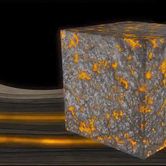 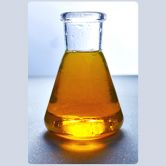