Catagenesis is a term used to describe the processes that occur in sediments covered by the overburden of other sediments. Changes are induced by higher pressure and temperature, which are lower comparing with those occurring throughout the metamorphic processes. Catagenesis may occur in already compacted rocks.

Kerogen formed at the stage of diagenesis is a metastable, high molecular polycondensate of which particles may evolve over millions of years under stable temperature and pressure conditions. Usually, however, a layer rich in organic matter is further buried with the progress of subsidence processes.

As temperatures and pressures increase with depth, kerogen contained in the rock becomes unstable and enters the stage of transformation. Thermal degradation of kerogen starts at temperatures over 60˚C. Thermal reactions are combined with a number of catalytic reactions in which the presence and quality of mineral matter (mostly clay minerals) play an important role.

The key chemical reactions are:

A mixture of long-chain alkanes, alkenes, alcohols and fatty acids (called pre-petroleum) is formed as a result of these alterations. The latter is then subjected to subsequent reactions: decarboxylation, hydrogen disproportionation and, first of all, cracking reactions, whereby previously formed long-chain are broken as the inter-carbon C-C bonds decay. The main crude oil components are formed as a result of these thermal and catalytic reactions.

With increasing source rock burial depth, the oil generated as a result of categenesis processes is progressively altered under increasing temperature and pressure conditions. Subsequent breaking of chains leads to the formation of ever lighter substances, including volatile hydrocarbons – methane, ethane or propane, etc. Initially, these substances are only associated with oil and their higher share produces the so-called light crude.

If the temperature rises to approximately 120˚C, volatile fractions begin to dominate. The rock is then at the boundary between oil (the oil window) and natural gas (the gas window) formation zone.

At first, liquid hydrocarbons are associated with volatile fractions and the so-called wet gas is formed. Further subsidence and an increase of the temperatures over 150˚C (170˚C according to Bugaj et al., 2006) marks the end of catagenesis and, by the same, the phase of liquid hydrocarbon formation.

Temperatures in excess of the aforementioned boundary values trigger the next final phase of hydrocarbon formation: the metagenesis, in which solely methane gas is generated from organic matter contained in the source rock. At that time also crude oil components that remain in the progressively buried rock are transformed into gas. The so-called dry gas is the product of metagenesis. 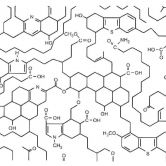