We tend to perceive shale gas developments in Poland as something exceptional. We believe that our potential shale gas resources are exceptional comparing to other countries, as is shale gas importance for Poland's economy and energy security. Equally unusual seem to us public reactions to shale gas projects, especially those adverse ones.

Mass media tend to show Żurawlow protests as a case of ignorance and inability to understand potential benefits from shale gas production to Poland and the municipalities located in concession areas. In order to demonstrate that shale gas developments in Poland are not unusual, let's see what happens in other EU countries. Like Poland, United Kingdom considers shale gas as a great business opportunity and saw a wave of local protests with much more impact than those in Żurawlow.

UK Government and the shales

Exploration projects are still at an early stage of development, but UK companies plan to  drill up to 40 wells in the next three years. The shale gas sector has attracted a number of domestic companies that announced the intent drill shale gas wells: Cuadrilla Resources, IGas, Celtic, Dart Energy, Egdon Resources. The beginning of commercial shale gas production is slated for 2016.

UK Government's green light to potential investors still to be perceived by the entire UK society. Public support to shale gas production has been consistently on the rise from June 2012 to July 2013. In June of 2013, over 58% of the UK residents supported shale gas production, whereas only 18% of the were against.

In her press release Sarah O’Hara, Professor of Geography at Nottingham University which commissioned the survey, announced that the trend has been reversed for a long time. The Government must take account of shale gas opponents' arguments and influence, as they attract mass media's attention and support from various organisations.

Since the lifting of moratorium on shale gas production in the United Kingdom in December 2012, the protests in Balcombe (West Sussex) in August 2013 have had the strongest negative impact on public opinion. Several thousands of people marched in protest against fracturing operations of Cuadrilla Company. More than ten of them were arrested, including Caroline Lucas, a green party activist.

Similar protests were organized in other UK locations. Shale gas protesters set up tents and have blocked a motorway for months in the proximity of wells being drilled by IGas Company in Barton Moss at Salford. In March 2014, local community blocked a well in Daneshill (Nottinghamshire). The protesters fear water contamination, adverse effects of gas on the climate change and heavy transport impact on local villages. Shale gas opponents attract media's attention with fancy clothes and slogans. They have an advantage over the supporters who are still to devise a good way to promote shale gas production.

In January 2014, Prime Minister David Cameron offered additional financial benefits to the local communities. In exchange for support to shale gas production in their jurisdictions, local councils would retain 100% of the shale tax receipts, rather than regular 50%. Moreover, the extractive industry promised local communities 100,000 pounds for each fracturing procedure in exploratory wells and 1% of the profit following shale gas discovery.

In an interview granted to BBC, Lawrence Carter of Greenpeace has commented that financial shale gas bonuses to the local councils failed to bring about the intended results. On the contrary, British society becomes increasingly skeptical. According to Carter, it is high time to listen to the voices raised by local communities and stop the attempts to industrialize and pollute the British country with the risk-prone hydraulic fracturing technology. He believes that investments should go to renewable sources of energy and thermal upgrades of houses in order to cut on energy consumption. Low thermal efficiency of residential buildings, related high heating costs and a significant rate of the so-called energy poverty, is a pressing issue in the United Kingdom.

Despite the growing negative emotions that surround the shale gas, a significant decrease in the number of those linking earthquake occurrence to shale gas production was reported by researchers from Nottingham University. In January 2014, almost 50 % of those interviewed opted for that link, comparing to approx. 70% in December 2012. Earthquake concerns are higher among the British than water pollution concerns (the latter are expressed by 45% of those interviewed), due to the earthquake that took place near Blackpool in 2011. Cuadrilla Company that performed hydraulic fracturing operation in that region was immediately accused of causing the earthquake.

Brigitte Nerlich, Nottingham University Professor, has analyzed UK media for the way they portray shale gas and hydraulic fracturing. Most of the articles were published following the Balcombe protests of August 2013. Other events covered by press media are:

According to Professor Nerlich, the analyzed press media focus on different topics. Left-wing Guardian and Independent published a lot on the Gasland movie and various environmental risk, such as water and soil contamination, shale gas impact on climate change and earthquake risks. Health risks (e.g. cancer incidence) and overall significant uncertainty associated with shale gas production were other frequently commented issues. The Guardian and Independent argue that hydraulic fracturing permissions are reckless and shale gas should not divert the attention from investment in renewable sources of energy. On the other hand, the conservative Daily Telegraph and the Times focused on shale gas as a new source of energy that may help to “address” the climate change problem.

Shale gas is a transitional fuel that means benefits to the entire nation and changes the rules of play globally. Conservative press media highlighted shale gas importance to national energy security. Daily Telegraph oraz The Times call for investing in shale gas production which should not fall victim of the green lobby and treat the ban on hydraulic fracturing as an irresponsible measure.

It is difficult to predict today in the UK public attitudes to shale gas in the future. A press media analysis revealed that proponents and opponents are divided along broader lines of right- and left-wing beliefs. The government is lobbying for the shale gas and proposes various benefits to the local communities, but the opponents are supported by non-government organisations and their own websites.

A lot will depend on actual performance of investors and on the determination of environmental activists who want to prevent hydraulic fracturing in the UK.

Local protests in Poland have not been so much publicized as the British ones, but local communities should be treated seriously by investors and the government alike. The case of UK demonstrates that financial promises are unlikely to convince everyone and minimize concerns about environmental and health effects of hydraulic fracturing. Therefore, a sustained dialogue with the communities and environmentalists seem to be a better approach. 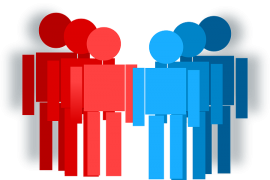 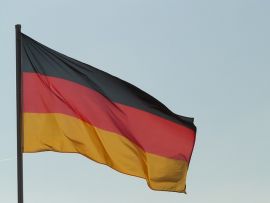 Public controversies over shale gas in Europe – Germany
We know quite a lot about US public attitudes towards shale gas production, mainly from the heavily publicized last year movie Gasland.
04.11.2014 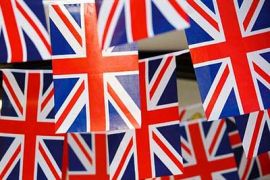 Public shale gas controversies in Europe: the case of United Kingdom
Are public protests against shale gas exploration a strictly Polish specialty? How these projects are accepted in other countries?
17.10.2014 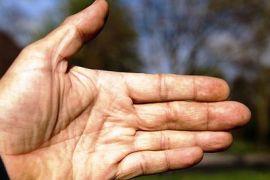 How to talk about shale gas?
From expert's opinion to the building of partner relations. In shale gas exploration areas, residents are primarily interested in project impact on their life.
17.10.2014 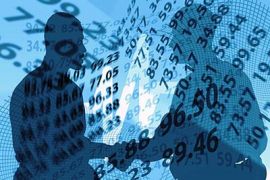 Public opinion poll on shale gas
Energy sector development is still strongly supported by the public, but voices are raised to express concerns about risks and opportunities