Unlike conventional oil and reservoirs, shale rocks contain gas in tiny isolated pores and release it to the borehole at very low flow rates. Nowadays, hydraulic fracturing technology is commonly applied to recover the gas from these firm rocks. How does it work? The recipe is below…

Our task is to perform a hydraulic fracturing job in horizontal leg of the well divided into 10 sections. Job parameters, the volumes of particular ingredients and equipment units needed are averaged insofar as every fracturing job is designed on a case by case basis depending on actual geological and ground surface condition.

Fine grained sand or ceramic material (0.14 to 0.5 mm mesh) is most frequently used. This is not, however, just common sand as it must meet specific requirements, including but not limited to:
crush resistance,

Several hundreds of substances are available, but in practice only a few or 10+ of them are used in a single fracturing job. Fluid formulations and proportions of components are frequently changed during the job. This helps to ensure that the combination is optimal under given geological, pressure and temperature conditions. The most frequently used ingredients are listed in the following table: 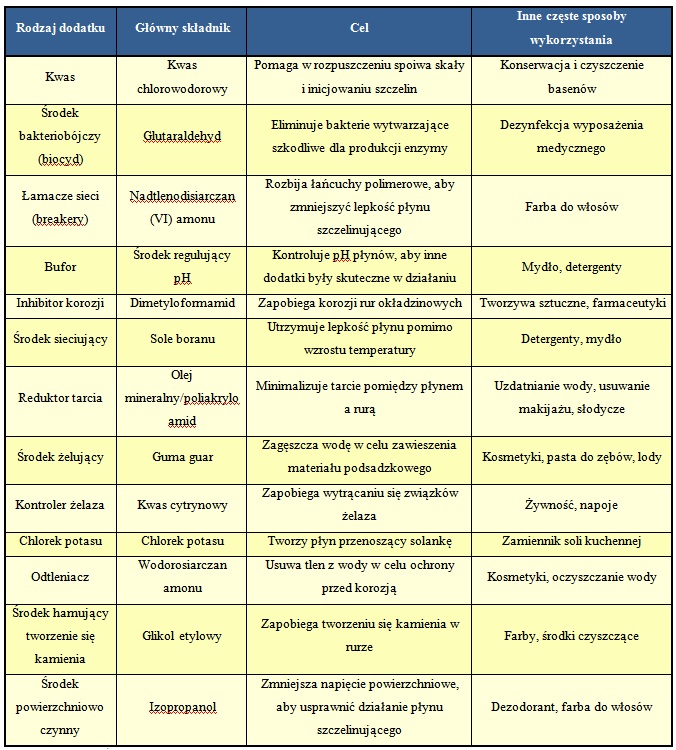 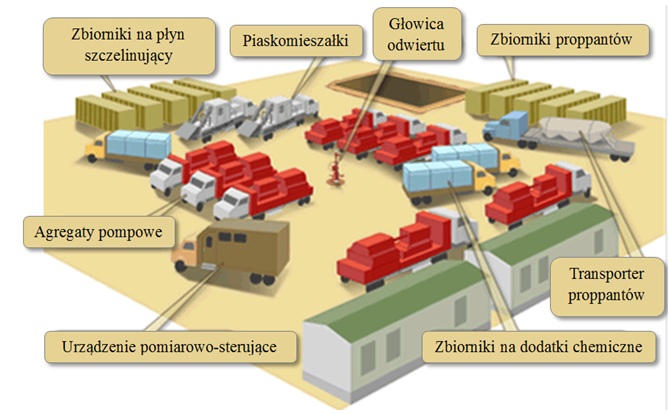 The process of hydraulic fracturing

Gas-bearing shale fracturing in a horizontal well is normally done over its entire length in its isolated sections. In each section, operations are performed in the following order:

A fracturing section is normally 50 to 120 m long. In this illustrative case there are 10 sections 100 m log each (assuming that the horizontal leg is 1000 m long).

The existing horizontal leg of the well should be first prepared for fracturing. At drilling stage, the well has been protected with casing and cement to isolate it from the surrounding rocks. These protections have to be perforated in order to enable flow of gas into the borehole. This is done using the so-called perforators, steel tubes with a diameter of 1-2 cm in which explosives (cumulative charges) are placed. The blast energy is released through the perforator's holes and penetrates into the well casing in a closely controlled way and precisely into predefined spots. Alternatively, highly pressurized water is used instead of explosives (hydraulic perforation).

As soon as direct access to the shale rock is established, the borehole and the induced fractures must be cleared of obstacles. To this end, a process fluid (most frequently drilling mud) is injected to the borehole in order to remove perforation products. Subsequently, the so-called “acid washing” is made. Carbonate minerals may form crystals and clay minerals swell with water. This is highly probable to prevent the flow of fracturing fluid into the rocks. Accordingly, hydraulic fracturing must follow the borehole cleanup and acidizing steps.

Fracturing fluid with little or no proppant is first injected to the well in order to induce a network of fractures. Injection pressure must be higher than reservoir pressure to induce fractures in the rock. At that early stage, proppant material contained in the fracturing fluid would block freshly induced fractures and frustrate the process.

In the U.S., average pressure of water injection to the well is in the order of 35MPa (equivalent of three passenger cars put on a single jack) and the rates of injection usually range from 8 to 18 m3/min. In Poland, the pressures are normally lower (25-30 MPa). Fracturing water is first collected in tanks that are located near the drill site. The water is abstracted from the local water supply system, an aquifer or hauled to the site in tank trucks (as much as 200 of them are needed in the latter case). As fracture propagate on average to 200-300 m vertically and laterally, the procedure should be performed at a minimum distance of 500 metres from the nearest commercial aquifer (which in Poland are located at a maximum depth of approx. 400 m below the ground).

Injection of fracturing fluid with much more proppant is the next stage. Sand or ceramic granules are mixed with water and chemical additives in special units that are called blenders. Subsequently, pumps sets inject the mixture through the manifold (a device that interconnects all pumps sets and delivers all fluids injected to and recovered from the well) and the wellhead into the borehole. Proppant concentration in the fracturing fluid increases with the progress of work and normally ranges from approx. 3 to 13%. Proppant is intended to prevent fracture collapse following a release of the fracturing fluid pressure. In such a way gas may flow from the shale rocks for a long time (even several decades).

Fracturing fluid is injected for approx. 1-2 hours into a single section. Subsequently, the fractured section is closed (“plugged”) and the next section is perforated, cleaned, acid treated and hydraulically fractured.

The plugs that close particular well sections are removed upon completing fracturing operations in all sections. Over the next few days a fluid (called flowback water) and gas flow from the well by natural lift. Sometimes it is necessary to “kick” the well by nitrogen injection or with downhole pumps to enhance recovery.

Flowback water is collected in dedicated tanks. Some of the flowback water can be reused upon treatment (on average 20-40%), but the balance has to be neutralized using a special installation.

On successful completion of fracturing operations we may proceed to the next stage of oil and gas exploration, i.e. to reservoir tests which will enable us to assess the potential for commercial production of hydrocarbons.

Faculty of Drilling, Oil and Gas, AGH University of Science and Technology in Krakow; 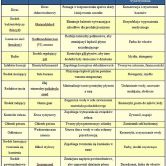 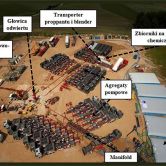 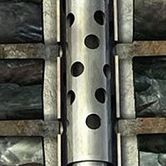 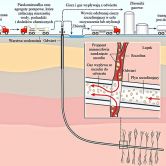