What shale oil exploration and production methods are used?

In order for shale oil production to begin, the most prospective areas must be first proposed and identified.

Are we able to look deep into the Earth? Today, geologist have a powerful method that enables them to see deep geological structures, the layout of beds and define their kind several kilometres down into the Earth without drilling. This method is seismic surveying.

Today also in Poland you can meet huge vehicles – seismic vibrators – which in close order slowly move across the investigated area that has been selected on the basis of maps and preexisting studies.

The vehicles are fitted with vibration plates. The have no effect on the soil other than producing ground vibrations that generate the seismic wave. The wave is reflected by rock layers several kilometres under the ground and return to the surface where it is detected by special receivers - the geophones.

Based on the differences between vibrator-generated wave and that returning to the surface, the computer builds and drafts a three-dimensional model of deep geological structure. The image is analyzed by specialists to serve as the basis for the selection of drilling well location.

Additional tests are performed during or on completion of drilling operations, of which the most important are geophysical well logs. They make it possible to establish the rate of organic matter supply, the composition of shale rock minerals, size and volumes of pore voids and a number of other parameters that following an interpretation will help to determine whether the investigated rock layer may contain crude oil.

However, the scientists have to touch the rock physically in order to establish its age with precision and check whether in the past it was buried deep enough to trigger oil formation processes. To this end they collect rock samples that are called drilling cores.

If all the tests demonstrate that the shale rocks contain oil, it is time to apply the technologies that will release the oil from the rocks in which it had been formed millions years ago.

How it is done? It is necessary to open oil escape paths that were closed at the time of oil formation. To this end, a procedure called hydraulic fracturing is applied. This is the same procedure as that used in shale gas production. It involves injection of highly pressurized water with proppant (e.g. sand) and a small admixture (approx. 0.5%) of several chemicals.

The pressure of water breaks the rocks and establishes a network of induced fractures that are protected against closure with the proppant sand. Since the range of fracturing is relatively small  (on average 100 - 200 metres vertically and horizontally), horizontal wells are drilled to increase the surface of well contact with the rocks and make the fracturing process more efficient.

The trapped oil finds new escape routes and starts to flow into the borehole. At this point the history of conventional oil and that of shale oil meet again. 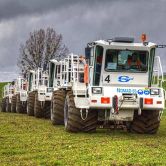 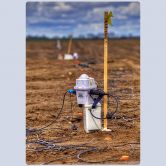 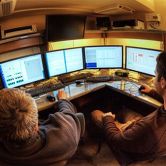 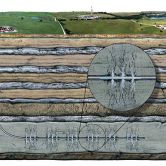 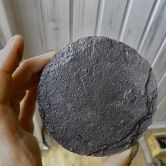 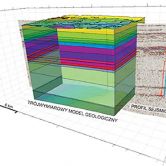