Prestigious appointment of a Professor from Polish Geological Institute - NRI

Professor Grzegorz Pieńkowski of Polish Geological Institute - PIB has been appointed as the Chairman of “European Science and Technology Network on Unconventional Hydrocarbon Extraction”, as established by the European Commission. This advisory network is composed of specialists from the EU Member States who represent the industry, research and development centres, a broadly defined public service and the think tanks of the civic society. Its activities will on gathering, analyzing and assessing the results of unconventional oil and gas exploration projects in Europe, environmental aspects, as well as on new technologies in that area.

What do we think about the LNG Terminal?

A public opinion poll on the knowledge about and support to the operations of the Świnoujście LNG Terminal was conducted by TNS Polska. As much as 87 percent of those  aware of the LNG Terminal fully support the project. Ninety percent of those polled believe that energy and gas supply security is extremely important for Poland's economy and performance of the country.

Will the low oil price helps the budget of an average Kowalski?

Oil price has an effect on the price of gas purchased from Russia. This should translate into gas tariffs, as set by the Energy Regulatory Office. As a consequence, we should expect lower gas prices in 2015. 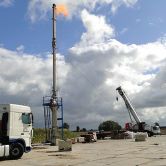