Shale gas exploration is to be launched in 2015 in the region of  Małopolska (Wadowice and Andrychów Communes). A consortium of research centres (including AGH University of Scoence and Technology) and State-owned companies (PGNiG and PKN Orlen) will deliver this scientific research project.

BNK Petroleum released an update on the status of exploration in Poland. An analysis of the  geological model of the gas accumulation, based on data collected at Gapowo B-1H well drilling and stimulation operations, has been prepared. In May 2014, multi-stage hydraulic fracture stimulation was conducted in the Gapowo B-1A located in the Bytów Concession area (Pomerania). Production tests showed that well productivity ranging from 5.5 to 11.5 thousand cubic metres per day, was lower than expected. However, a short-time top gas flow rate of 28 thousand cubic metres was reported. At the same BNK Petroleum is looking for a partner to establish a joint venture company focusing on operations in Poland.

"White Book of Mineable Resource Protection” is to be developed

A special interdepartmental working group is developing the “White Book of Mineable Resource Protection". The document will help to identify the deposits that should be considered as strategic ones. The factual and legal status of strategic resource protection and related international solutions will presented. The Book will contain an overview of available deposit protection options, as well as an assessment of their financial and social effects.

Polish Oil and Gas Joint Stock Company (PGNiG) adopted its strategy for  2014-2022. The objective of the Group is to maintain its leading position in the E&P industry and the largest natural gas seller. PGNiG will continue efforts to confirm the geological and economic potential of shale gas resources in its most prospective Polish concessions. The objective is to prove recoverable reserves of unconventional hydrocarbons and proceed with gas production as soon as possible.

The future of Oil and Gas Laboratory hangs on the balance

The Oil and Gas Laboratory was to be established by the “Pomeranian Oil and Gas” Consortium coordinated by Gdańsk University of Technology. The project is now on the reserve list of projects planned under the Territorial Contract for the Pomeranian Province, as made between the Province and the Central Government on 19 December 2014. The purpose of the planned laboratory is to improve shale oil and gas exploration and production technology. Moreover, hands-on education and training would be provided to students, employees and specialists, along with knowledge dissemination. The laboratory would be a unique project in Europe. The total cost of the project is estimated at PLN 500 million and its implementation time at 5 years. 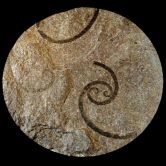 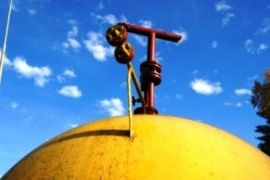 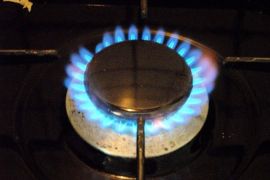 Invitation to the press conference PGI-NRI
How much tight gas is trapped in the sandstones?