The 51st OECD Joint Meeting of Chemical Committee and Working Group on Chemicals, Pesticides and Biotechnology was held on 10-12 February in Paris.

Ms. Olga Lipińska of Polish Geological Institute – NRI attended the meeting. PGI-NRI delegate contributed to the meetings of OECD Chemicals Committee with technical support to standing members in the issues of unconventional oil and gas exploration and appraisal. Moreover, the Institute serves as the point of contact in matters associated with chemicals used in hydraulic fracturing under the “Clearspace” initiative adopted by OECD Chemicals Committee (point of contact - email: olga.lipinska@pgi.gov.pl).

During the meeting, Committee's Secretariat unveiled the preliminary assumptions for the new edition of the Co-operative Chemicals Assessment Programme (CoCAM). A new subject area is to be chemicals used in hydraulic fracturing. It is planned to appoint leaders in charge of particular subject areas. If working groups are established, Poland would be designated as leader or co-leader in the area of chemicals used in hydraulic fracturing. Those attending the meeting (delegates from OECD Member States) declared support to the proposed subject areas, but at the same time argued that it would be premature to designate formal leaders at this stage. Detailed CoCAM objectives will be worked out in the future along with firming up the roles and responsibilities of leaders in particular subject areas. Joint Meetings of Chemical Committee and Working Group on Chemicals, Pesticides and Biotechnology are held every 9 months.

OECD is an international and intergovernmental economic organisation of 34 developed democratic countries. It is a direct successor to Organisation for European Economic Co-operation (OEEC) that was established in 1948. Poland joined OECD in 1996. OECD headquarters are in Paris. Mr. Angel Gurria (Mexico) has been Secretary General of OECD since 1 June 2006. It is OECD's mission to coordinate social and economic policies of member countries with a view in stimulation of economic growth, employment, social development, international trade and flow of capital. 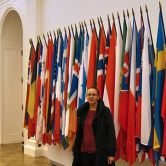 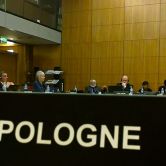 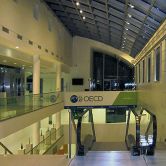 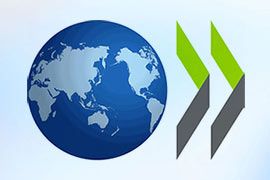